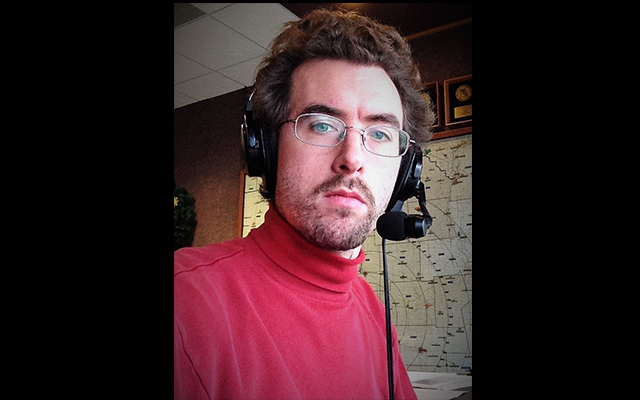 Kyle Hill is a native Missourian who has reported on agriculture at Superstation KRES since April 2014.  Despite growing up in the suburbs of Kansas City, Kyle’s roots run through rural Missouri, as his fondest childhood memories include weekends on the farm in western Macon County that’s been in his family for over 125 years.  After graduating from Truman State University in Kirksville, where he was news director of the campus radio station, Kyle began his professional career in Northwest Arkansas, where he received his first taste of farm broadcasting.  He also spent time in the South East of England before making his way to Regional Radio.

While Kyle is quick to venture from the farm desk to take in field days and trips to the state capital, he most enjoys the chance to visit with and profile our next generation of agriculturalists.  You’ll find Kyle interviewing the newest state officers, contest winners and local chapters at the Missouri FFA Convention in Columbia each year.  He’s also eager to broadcast from the Missouri State Fair, interacting with as many exhibitors and vendors as possible.  The Missouri Department of Agriculture honored Kyle in December 2015 with their Ag Communicator of the Year award.

In October 2019, Kyle added on-air duties at sister station 580 WIBW in Topeka, as well as the Kansas Ag Network.  Once a week he wakes up Kansans as host of the Ag Issues program, giving his neighbors to the west a slightly earlier look at the sun rising on another bright day in America’s heartland.

Outside of farm broadcasting, Kyle is heavily involved in the quiz bowl circuit, organizing tournaments across Missouri and live blogging matches from national championship tournaments.