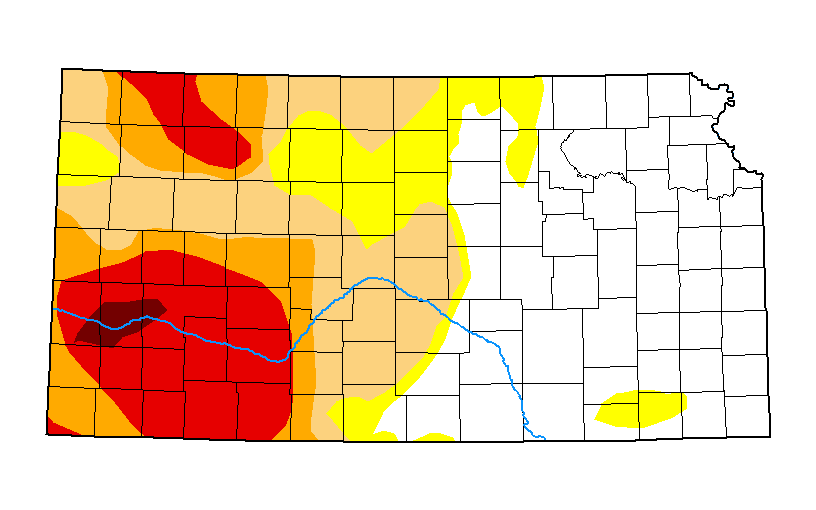 Before the arrival of higher temperatures this week, several Kansas counties experienced improvements in their drought conditions.  The weekly US Drought Monitor indicates that as of Tuesday morning, areas of six counties in western Kansas were no longer in extreme or exceptional drought.  Another six counties had areas of moderate drought upgraded to abnormally dry condition, while Marshall, Nemeha, and eastern Washington counties returned to normal condition.

Statistically, 16.25 percent of Kansas remains in extreme or exceptional drought, with the worst conditions anchored on Kearny, southeastern Hamilton, and western Finney counties.  Another ten percent of the state is in severe drought, and close to 20 percent is in the first stage of drought conditions.  41.4 percent of Kansas is not impacted by drought or dry conditions in this week’s monitor, an improvement of 1.3 percentage points.

The U.S. Drought Monitor is jointly produced by the National Drought Mitigation Center at the University of Nebraska-Lincoln, the United States Department of Agriculture, and the National Oceanic and Atmospheric Administration. Map courtesy of NDMC.